Liz started Staten Island Elite in 1996, marking this as her 24th season as owner and head coach of the program. Under Liz’s leadership and guidance, the program has transformed from a basic-beginner program to a fleet of national champion cheerleaders. Along the way, she watched her Gems grow from elementary school students to college graduates and she gained a second family.
Over the years, Liz has helped coach many winning teams throughout Staten Island. Before SIE, she coached St. Teresa Grammar School and Notre Dame Academy HS during some of their best seasons.
Along with assuring that her girls will be top-level competitors, Liz has made a mark for herself in the coaching world as well. In 2000, She was the 2nd runner-up for United Performing Association's top five National Cheerleading Coach of the Year Award. From 1996-1999 she was a member of the Eastern All-Star Cheer Dance Coaches Association. She holds a Spirit Safety certification from the American Association of Cheerleading Coaches & Administrators, holds USASF certifications in all cheerleading categories and CPR certified by the American Heart Association.
Over the seasons, SI Elite has won awards for their outstanding choreography full of dramatic visuals, energetic and engaging sequences, and over-the-top dance segments that clearly set Elite apart from the competition in the judge’s eyes. These awards are a culmination of Liz & the SIE staff’s input, the way SIE works best – Together! 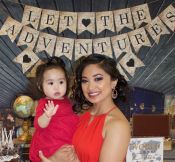 Cathrine joined the Staten Island Elite Program in May 2001 as an Emerald and progressed to the Diamond team. The things she loved most about being on the team were being able to travel throughout the country, double-teaming, and winning numerous regional and national championship titles! Cat has also cheered for Central Jersey All-Stars Open Level 6 Co-ed team for the 2009-2010 season, where she won regional, state, and national championship titles. While cheering for CJA, she was also one of the original members of CSI Dolphins' Cheerleading program. As a Dolphin, she was awarded individual titles of Best Jumper and Tumbler at the 2011 CUNY Cheerleading Competition. During her 2012-2013 season with CJA, she competed for her first time at the Cheerleading Worlds, placing 4th in the US and 8th in the world in the All-Girl Open Level 6 division. She also had the opportunity to compete at the 2014 Cheerleading Worlds where her team placed top 10 in the US and top 25 in the world. Cathrine has helped SIE in the past, assisting other coaches and training girls during tryouts after high school and throughout her beginning years of college.  Her first year as part of the coaching staff officially began in the 2011-2012 season coaching the Youth Rubies & Junior Emeralds. Presently she helps with all the teams, focusing on Amethysts and the Diamonds.

In 2007, Cat graduated from St. John Villa Academy's Scholar program as one of the top 5 students. She currently has a Bachelor's Degree in Nursing with cum laude honors from the College of Staten Island. She also was a graduate of The Verrazano School with Honors Distinction, and was chosen to speak at the VZ School Commencement. Cathrine has been a New York State Licensed Registered Nurse since May 2010. Cathrine is CPR-BLS certified and is a New York State Licensed Registered Nurse since May 2010. She presently works as a psychiatric nurse in the emergency psychiatric ward. She is also a licensed STUNT official for USA Cheer, where she judges and/or referees STUNT games for PSAL and USA Cheer events.

Alexx began cheering with Staten Island Elite in the 2000-2001 season as a member of the Emerald team and over the years has been a part of several National Championship Diamond and Gemsation teams. During that time she has competed in stunt group and double teamed between the Emerald and Diamond teams. She has also competed with the Comet All-Stars and Jersey Wild Open Level 6 teams, attaining a few more National titles.

Alexx holds a degree in English from the Pforzheimer Honors Program at Pace University, where she graduated in 2009. Currently, she is the manager of Victory Gymnastics Center, where she began teaching in 2003. During the week she teaches gymnastics classes for all age groups from 10 months old through adults and brought competitive gymnastics back to Victory Gymnastics when she started a USAG Xcel program in 2017.

Alexx holds gymnastics and tumbling certifications from USAG and is CPR certified.

An alum of the Crystals, Rubies, Amethyst, and Diamond teams, Sydney has cheered since she was 7 years old and has double teamed for a few of those years.  She has taken her knowledge and began coaching in 2015. She has taught Tiara Tots, Rhinestones, and the Emerald teams while supporting the rest of the teams when needed.

Sydney hosts private lessons for flyers where they can learn about body positions while flying and work on their flexibility, and has also run cheerleading clinics for the Our Lady Good Council cheer team.

While Sydney graduated off the Diamond team in 2019, she hopes that she can continue her love for cheering with an open team, and is ready to take the mat again!

A Notre Dame Academy High School 2019 senior, Sydney is enrolled in the Verrazano Honors Program at the College of Staten Island, and plans to major in Nursing.

Emily began her cheer career on the St Joseph-St Thomas elementary school team. She then cheered at St Joseph Hill Junior Varsity and Varsity teams before joining Staten Island Elite. Emily competed on our Senior level 4 Diamond team in for her Junior & Senior years of HS. After graduation, Emily cheered on her college team at Marist for two seasons.

She been coaching since 2018, focusing on the Bling team but assisting with our other teams.

Emily is currently a Math major at CSI & plans to teach at a college level in her future.

Sara Bellini began cheering with Staten Island Elite in the 2001-2002 season and has followed mother Liz Bellini's coaching footsteps since 2008. She started as a Ruby and has progressed through the years to the Emerald, Diamond, and Gemsation teams throughout twelve seasons.
Sara has coached the Rhinestone, Ruby-Emerald, Crystal, and Bling teams while assisting the rest of the program.
Sara is a graduate of CUNY Brooklyn College. She currently works as a Property Manager for 1,100+ apartments in New Jersey. 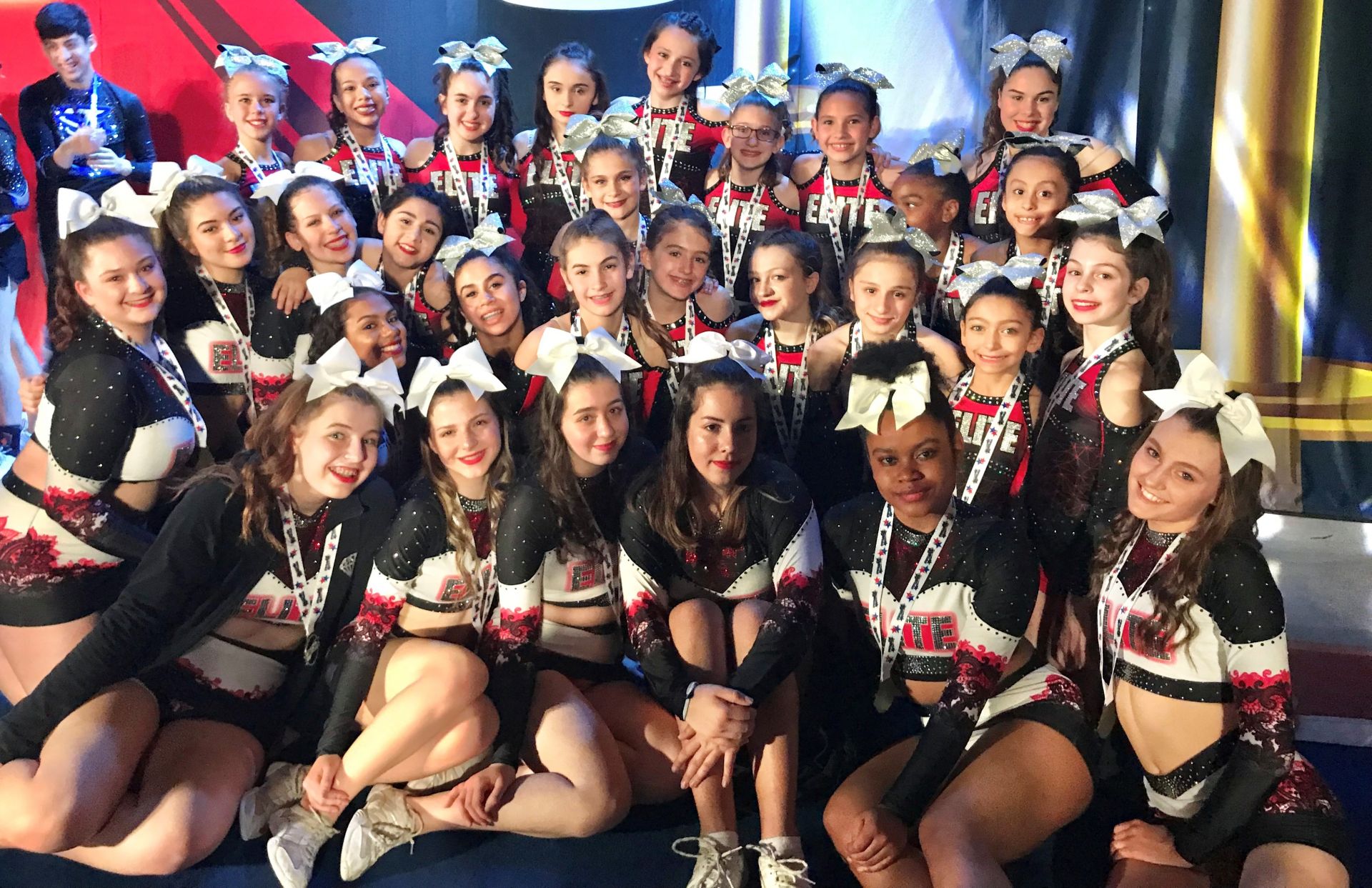